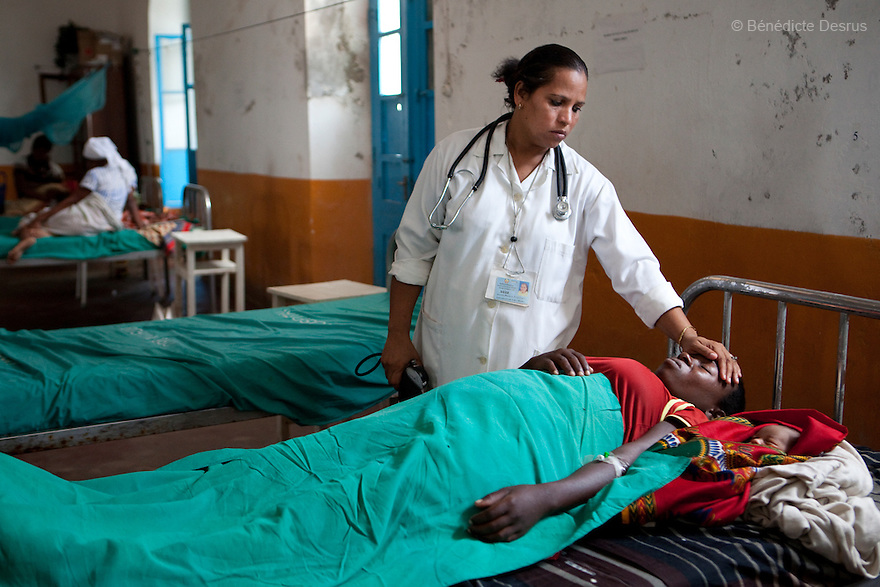 2011 - Ilha de Mozambique, Mozambique - Licinia Lopes (left) checks Angela Nascimento (center). Licinia is a nurse at the Mozambique Island Hospital, where she has been working for the past 20 years. Angela Nascimento had a baby girl five days ago. She came to the hospital with convulsions but she was medicated and had a natural birth. The Mozambique Island Hospital, the first one built in the country back in the the 19th century, serves a population of more than 50,000. With just one doctor, the hospital counts on nurses and assistants to provide care for patients referred from various communities in a 20 km radius. A world heritage site, the hospital has seen little investment in the last years and has serious infra structure problems. There is no electricity and all equipment is manual. In the maternity ward, 10 beds receive both pregnant women and the sick, who are treated by four midwives and a few nurses. No surgeries can be performed here. Photo credit: Benedicte Desrus / Sipa Press / UNFPA
Benedicte Desrus